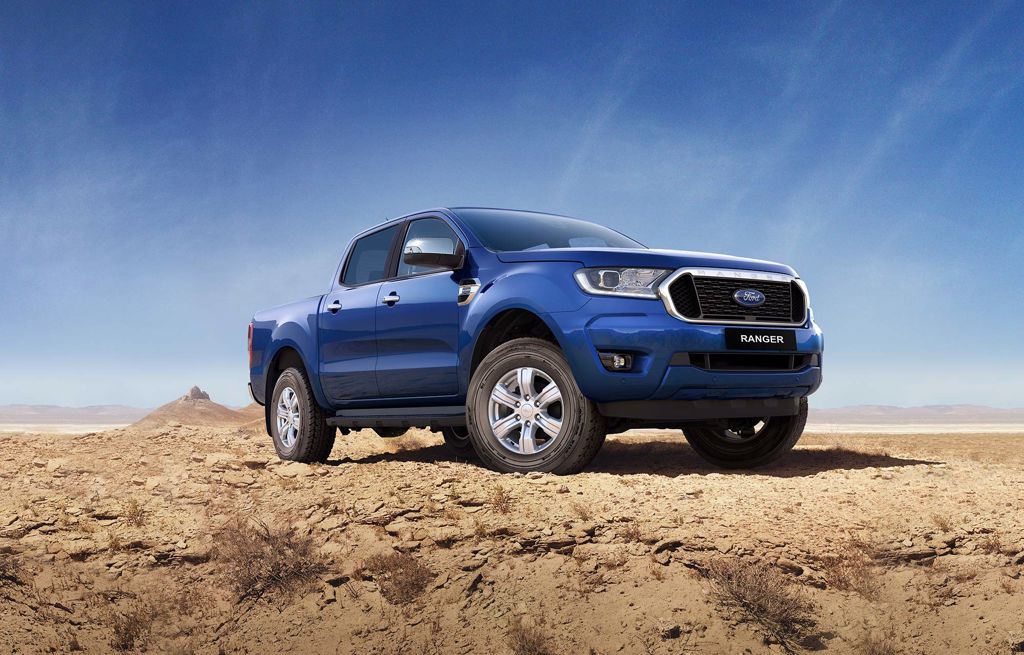 When is an idea, not just another idea? Watch our Australian-based engineers present the cutting-edge technology they’ve developed for the Ranger.

Even with your eyes on the road, anything can happen. But Pre-Collision Assist can help.

Why are two turbos better than one? The 2019 Ranger’s new Bi-Turbo engine extracts maximum performance at both high and low RPM.

The new bi-turbo engine has been engineered to go the distance.

We wanted to find a way to make opening and closing the Ranger tailgate easier.

We’re always thinking about noise at Ford, and how to reduce it.

The Ford Ranger Raptor’s sophisticated suspension system takes suspension to a whole new level. A combination of bespoke Aluminium Control Arms, 2.5” Fox Shocks and Position Sensitive Damping allows the Raptor to thrive even on extreme motocross inspired whoops. This combined with a specialised chassis frame makes Raptor capable of up to 32% more travel as compared to standard Ranger suspension, making this one of the most capable off-road production vehicles.

The Bi-Turbo diesel in Ford Ranger Raptor sets new standards for powertrain engineering. Leading this innovation, we combined a 10-Speed transmission with a new Bi-Turbo diesel engine, delivering a maximum 157kW of power and 500Nm of torque, with better fuel economy, less weight and with specific off-road calibration. With quality, efficiency and performance, the new Bi-Turbo engine is Ford engineering at its best.

For more info call 03 379 3440 or visit our dealership in the heart of Christchurch.