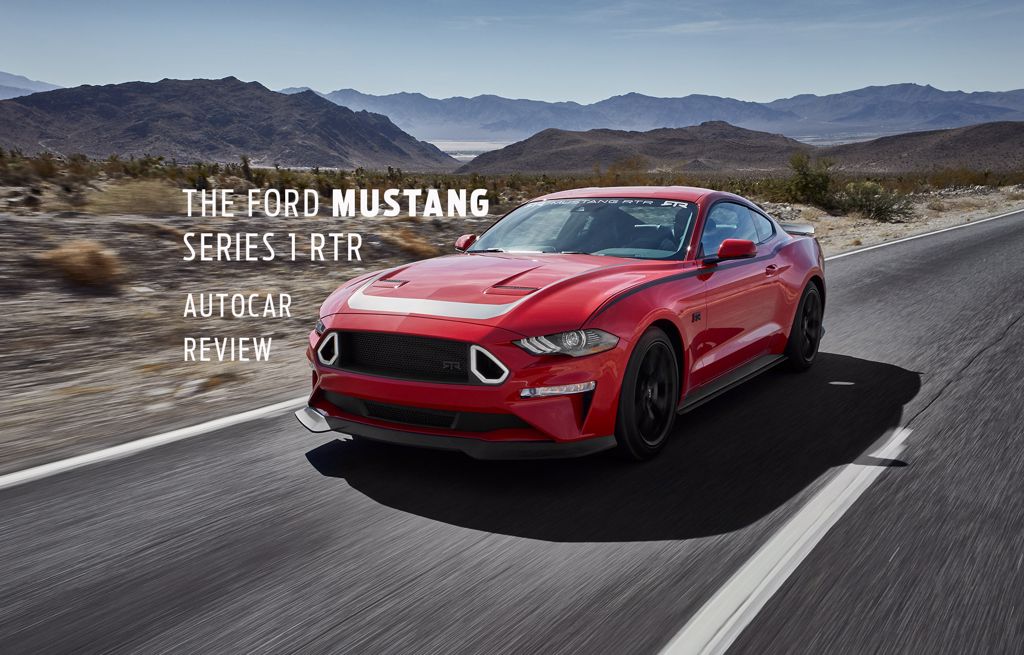 What’s better than a Mustang? A modified one of course.

Read on as Autocar NZ take the wheel of the Series 1 RTR.

To highlight the breadth of the Mustang’s ability, we took the RTR along for a run down the strip at a private event on Meremere drag way. It was our first time on the strip and an enlightening one. A bit like drifting, drag racing is a tad maligned, not quite mainstream, but it’s been around for yonks. And winning on the strip helped sell muscle cars like the Mustang in their heyday. You might think it boring if you’re more into circuit racing and  track days but on the contrary, it’s great fun.

Mustang has a multitude of drive modes now, including a Drag Race setting where the timing isn’t interrupted between shifts, and each cog is swapped hard    and fast. For interest’s sake, we did a couple of runs in Sport Plus where the shifts are fast but not so furious, and resulted in times both in the    high 12.8sec range. In Drag mode, each change is accompanied by a chirp of the tyres as the torque hits through the driveline, but it helps produce quicker times, our fastest of the day being a 12.714sec. The automatic sure makes life easy; just gun it and hold on. There was only one slight hiccup all day, launching a tad more enthusiastically than usual had the rears scratching harder for traction, the rear end getting a bit of a hop on. It  was nothing too major we thought, but it caused a hesitation on the change into second, like it missed a gear, and we found ourselves quickly shunted through to third. Heck, even automatics can miss a gear change under duress. It was time for lunch anyway, so we gave it a rest. After that, it ran again faultlessly a few more times in the afternoon. We turned the traction control off, as we didn’t want it ruining the fun, but left the ESP on as it’s always best to have the safety net in the background should the unthinkable happen.